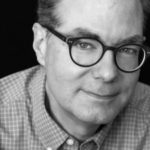 Let’s travel back in time about a century to November 1918 in McPherson, Kansas.  People were exhausted and they were frightened.

The most destructive war of all time had finally ground to its bloody end earlier in the month, with some 8,500,000 soldiers dead.  Well over 320,000 Americans died or were wounded in the killing fields, some of them local boys.

In March of that year an influenza pandemic spread across the globe, with a more virulent strain emerging in August, going on to kill 550,000 Americans. Death, so it seemed, walked the streets and roamed the countryside.  The city of McPherson was under a “closing ban” in November; all public places were closed, public gatherings were banned, and business hours strictly regulated.

And something else happened that month.  They completed construction of the new McPherson Public Library.  Building a library in the midst of the chaos and despair was the ultimate act of optimism for the community.  They didn’t know when they could open it to the public, but they knew that when that happened, they would be through the worst of it, and things were going to be much better.

Our library not only occupies the same site as the old Carnegie Library but finds itself in a similar situation.  We miss you, dear patrons.  And we look forward to the time when we can open our doors once again.  We’ll have a great selection of new books and media waiting for you to check out, fun and interesting programs, and intriguing art shows.  The sun will be streaming in through our stained glass windows.  And things will be much better!  In the meantime, be well.