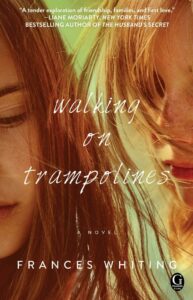 Walking on Trampolines by Frances Whiting

Summary: The young life of good-girl Lulu is irrevocably shaped by unconventional best friend, Annabelle, with whom she shares confidences and challenges in their coastal home town before a falling out and Lulu’s choice about doing something extraordinary. 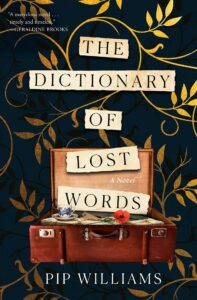 The Dictionary of Lost Words by Pip Williams

Summary: Esme is born into a world of words. Motherless and irrepressibly curious, she spends her childhood in the Scriptorium, an Oxford garden shed in which her father and a team of dedicated lexicographers are collecting words for the very first Oxford English Dictionary. Young Esme’s place is beneath the sorting table, unseen and unheard. One day a slip of paper containing the word bondmaid flutters beneath the table. She rescues the slip and, learning that the word means “slave girl,” begins to collect other words that have been discarded or neglected by the dictionary men. As she grows up, Esme realizes that words and meanings relating to women’s and common folks’ experiences often go unrecorded. And so she begins in earnest to search out words for her own dictionary: the Dictionary of Lost Words. To do so she must leave the sheltered world of the university and venture out to meet the people whose words will fill those pages.

Set during the height of the women’s suffrage movement and with the Great War looming, The Dictionary of Lost Words reveals a lost narrative, hidden between the lines of a history written by men. Inspired by actual events, author Pip Williams has delved into the archives of the Oxford English Dictionary to tell this highly original story. 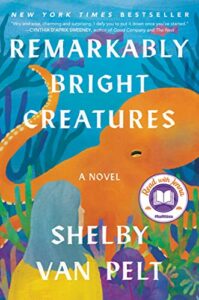 Summary: After Tova Sullivan’s husband died, she began working the night shift at the Sowell Bay Aquarium, mopping floors and tidying up. Keeping busy has always helped her cope, which she’s been doing since her eighteen-year-old son, Erik, mysteriously vanished on a boat in Puget Sound over thirty years ago. Tova becomes acquainted with curmudgeonly Marcellus, a giant Pacific octopus living at the aquarium. Marcellus knows more than anyone can imagine but wouldn’t dream of lifting one of his eight arms for his human captors—until he forms a remarkable friendship with Tova. Ever the detective, Marcellus deduces what happened the night Tova’s son disappeared. And now Marcellus must use every trick his old invertebrate body can muster to unearth the truth for her before it’s too late. 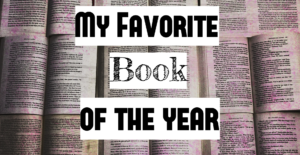 Come celebrate the end of 2022 with us and your favorite reads from this year! 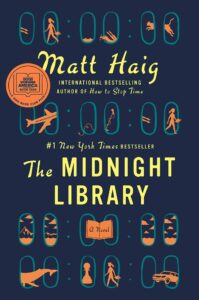 The Midnight Library by Matt Haig

Summary: Between life and death there is a library, and within that library, the shelves go on forever. Every book provides a chance to try another life you could have lived. To see how things would be if you had made other choices… Would you have done anything different, if you had the chance to undo your regrets?’ A dazzling novel about all the choices that go into a life well lived, from the internationally bestselling author of Reasons to Stay Alive and How To Stop Time.  In The Midnight Library, Nora Seed finds herself faced with this decision. Faced with the possibility of changing her life for a new one, following a different career, undoing old breakups, realizing her dreams of becoming a glaciologist; she must search within herself as she travels through the Midnight Library to decide what is truly fulfilling in life, and what makes it worth living in the first place.

Morning Readers – February 14th at 10am 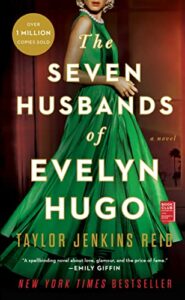 The Seven husbands of Evelyn Hugo by Taylor Jenkins Reid

Summary: A sweeping novel about one classic film actress’s relentless rise to the top, the risks she took, the loves she lost, and the long-held secrets the public could never imagine. Aging and reclusive Hollywood movie icon Evelyn Hugo is finally ready to tell the truth about her glamorous and scandalous life. But when she chooses unknown magazine reporter Monique Grant for the job, no one in the journalism community is more astounded than Monique herself. Why her? Why now? Monique is not exactly on top of the world. Her husband, David, has left her, and her career has stagnated. Regardless of why Evelyn has chosen her to write her biography, Monique is determined to use this opportunity to jumpstart her career. Summoned to Evelyn’s Upper East Side apartment, Monique listens as Evelyn unfurls her story: from making her way to Los Angeles in the 1950s to her decision to leave show business in the late 80s, and, of course, the seven husbands along the way. As Evelyn’s life unfolds, revealing a ruthless ambition, an unexpected friendship, and a great forbidden love, Monique begins to feel a very a real connection to the actress. But as Evelyn’s story catches up with the present, it becomes clear that her life intersects with Monique’s own in tragic and irreversible ways.